Lord Sarfraz Article : Next PM should prioritise IMF reform or risk ceding the floor to rivals 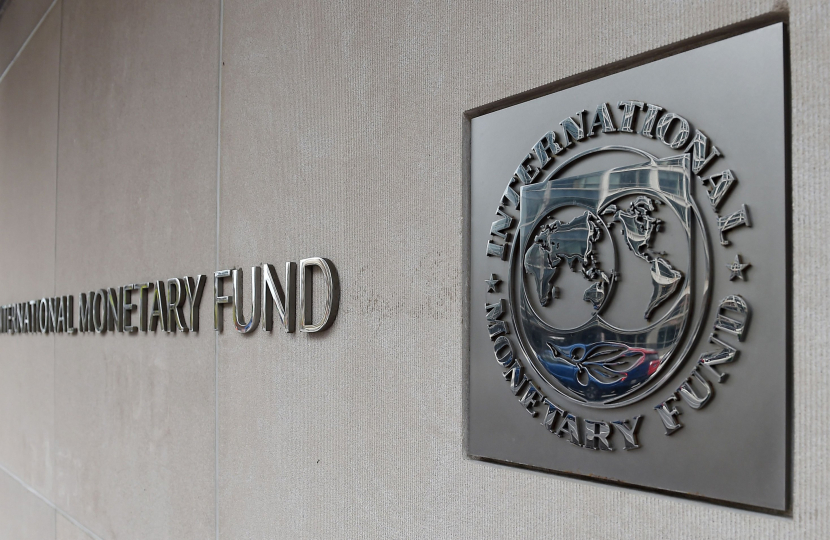 Before the Conservative leadership election started in earnest, the United Kingdom government was busy setting out its foreign policy vision. Notable was a focus on challenging geopolitical efforts by ‘malign actors’ – i.e. China – and providing alternative sources of investment for low- and middle-income countries.

The UK often punches above its weight globally. But it can't contend with China, or its trillions, on its own. Offering a viable alternative to China will mean working hand-in-hand with our international allies, as well as reforming our international institutions. We should start with the IMF.

When Covid took hold, the IMF rightly stepped in, providing £1.45bn ($171bn) worth of financial assistance to 90 countries around the world. Lending to Sub-Saharan Africa, for example, was 13 times more than the annual average over the previous decade. Importantly, during the first year of the pandemic, the Fund provided some conditionality-free loans and urged countries to reform their tax systems to make them more progressive to reduce inequality and raise revenues for the Covid recovery.

Yet the IMF is still in too many cases attaching shockingly restrictive and regressive conditions to loans. The worry is unattractive terms from the IMF pushes countries towards other lenders, who adopt more controversial practices. China, for example, has widely utilised resource backed-financing, where the borrowing country commits future revenues to be earned from its natural resource exports. If commodity prices crash, things can go badly very quickly.

We need to ensure the IMF is offering loan terms that countries can accept. Analysis from Oxfam shows 85 per cent of the IMF’s Covid-19 loans in the first year of the pandemic encouraged austerity in the recovery period. In the second year of the pandemic, the Fund began not only encouraging, but requiring, austerity.

As well as being unattractive to recipient countries, austerity requirements are often devastating for inequality. The IMF’s own research showed that austerity exacerbates inequality after pandemics. There is plenty of evidence that show the devastating impact of austerity on societies, notably economic polarisation through concentrating income to the top 10 per cent of earners, while all other deciles lose out.

The IMF recently advised Ghana, for example, to pursue a more aggressive fiscal tightening, and Nigeria to increase the VAT rate to 10 per cent this year. This is all, of course, happening while the pandemic still rages, and countries endure historic food and energy price hikes. The risk is countries are forced to scale back vital spending on public services and social protection to meet stringent deficit reduction targets. Further austerity measures are likely to have unbearable consequences, especially on the poorest, triggering further protest, social tensions and discontent.

In the midst of the energy crisis, Pakistan was forced to scrap fuel and energy subsidies in order for the IMF to release loan disbursement to the country after it had frozen them. Sri Lanka is in financial meltdown and discussing a bailout programme with the IMF that will likely include harsh and painful austerity conditionalities. Both countries are in talks with China over potential loans to lessen their reliance on the IMF and its austerity requirements.

Despite good signals from the IMF on the need for fairer and more progressive tax systems, it also often requires regressive tax measures such as expanding VAT coverage. Kenya, for example, has expanded VAT to include cooking gas, fuel, and some food items, driving up prices even before the latest wave of price inflation.

The UK has leverage here. It is a powerful member of the Fund as its fifth largest shareholder, with 4.03 per cent of the votes. With its European and American allies, it could drive forward significant reforms to make lending less painful.

We should push for reform in four areas. First, the IMF should resume conditionality-free emergency financing as its primary mode of financing during this ongoing crisis, as it did in 2020 at the beginning of the pandemic.

Second, it should suspend all conditionality in its ongoing loan programmes, especially for countries feeling the brunt of the global cost of living and energy price crises.

Third, we need it to refrain from imposing harsh austerity measures in its loan programme at a time where countries need to increase public spending and scale up social investments. Instead, the IMF should be supporting countries to introduce progressive tax measures, such as wealth taxes to increase fiscal space for government spending and reduce inequality and avoid regressive taxes like VAT that are disproportionally felt by the poorest.

Finally, we need to ensure more stakeholders have a say about the IMF’s programmes. The IMF should push and encourage governments to hold genuine dialogue that includes civil society organisations and trade unions to agree on national economic recovery plans that would be the base for IMF financing. In this way, national ownership of reforms would be ensured instead of harsh conditionalities negotiated exclusively between the IMF and the government behind closed doors.

The IMF can be a vital lifeline for millions across the developing world, as it showed at the onset of the pandemic. But it needs to take a radically new approach to its lending practices. The UK should use its influence to press for change – or risk ceding the floor to its geopolitical rivals.