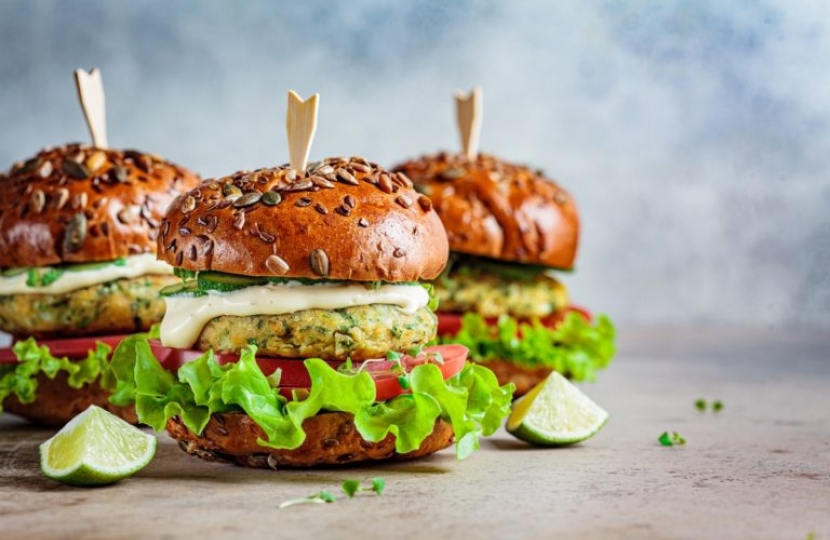 The UK’s food system has transformed dramatically over the last hundred years. From the introduction of rationing in 1940 to the rise of restaurant dining in the 1960s; the introduction of kitchen technology in the 1970s to the new international cuisines brought by immigrants; to the fast-food boom in the 90s and the rise of organic food in the noughties, our food system has evolved into a £100 billion sector, responsible for 4 million jobs.

The food sector is a lifeline of our economy that has had to grow to accommodate our rapidly expanding population. In that sense, it has succeeded. But with success comes great responsibility. Responsibility to protect our planet, people and public health. Right now, our food industry is harming all three – but we have an opportunity to change that.

Food that doesn’t cost the earth

In 50 years, historians will look back in astonishment at the fact that we now have over 70 billion animals in factory farms to feed 7.8 billion humans.

More than 3 billion people could be fed using the crops we currently devote to feeding farmed animals. Animal agriculture uses up 85% of UK farmland, despite only providing 32% of the calories we eat. This is a wildly ineffective way to feed a population.

What’s more, poor diet is responsible for one in every seven UK deaths, and in particular, the over-consumption of meat is linked to coronary heart disease, diabetes and colon cancer.

Meanwhile, a third of global greenhouse gas emissions come from the food system – that’s equivalent to the global contribution of China and more than the entire transport sector.

So when it comes to feeding current and future generations with nutritious, healthy food that doesn’t cost the earth (literally) – it’s clear that there’s room for improvement.

Consumers and investors are speaking loud and clear

Thankfully, we’re currently on the brink of the most exciting and important food transformation yet.

The alternative protein industry (encompassing plant-based and cell-cultured ‘meat’) is predicted to grow to $85bn by 2030. Private investment is flowing into sustainable proteins, with UK-based plant-based meat brand THIS raising $11 million in funding earlier this year, having reported year-on-year growth of over 500%.

We can now brew milk in a brewery, instead of in the udder of a cow – and a startup from Oxford University (Ivy Farm Technologies) is set to become a world leader in producing “slaughter-free” sausages by 2023.

It’s not just investors that are realising the potential in protein innovation, consumers are onto the trick too. The UK already buys a third of all the plant-based alternatives sold in Europe and one in three Britons would now call themselves “flexitarians”, driven by concerns about animal welfare, the environment and health.

So what is the appeal exactly? There are serious environmental advantages: market leader Impossible Foods says its plant-based foods use 96% less land and 87% less fresh water, while generating 89% fewer greenhouse gas emissions than a traditional burger.

Though the nutritional profile of these emerging products is varied, plant-based diets have been used to reverse type 2 diabetes. Working with the Oxford Martin School in the UK, the World Economic Forum found that incorporating meat alternatives into diets could reduce diet-related mortality by 5%. Then of course, there’s the appeal of avoiding the poor treatment of animals in intensive farming settings, just for human consumption.

Finally, since plant-based protein uses less land, there is a huge opportunity to preserve biodiversity and protect nature. Sustainable protein can be considered as the ultimate ‘nature based solution’ for both climate and nature.

“The COVID-19 landscape made 2020 a watershed year for the sustainable protein market,” said Jeremy Coller, chief investment officer at Coller Capital and chair of the $40 trillion FAIRR Initiative which carries out research and engagements on protein transition. “The sector attracted double the investment of 2019 in just six months, and big food brands are now vying for their slice of the plant-based pie.”

Animals may not have a voice, but consumers and investors are speaking loud and clear: they want more protein options, and they want them now.

Protein innovation offers a once-in-a-lifetime chance to address the urgent climate, health and nature risks we face. Until now, our government has been slow to seize that opportunity. Initiatives like Canada’s Protein Industries Supercluster and Singapore’s $100 million investment in food innovation like cultured meat have led the way on this prime opportunity for green growth in the food sector.

However, this month’s UK National Food Strategy marked a bold change of course. The recommendations included a £1 billion investment into research areas including sustainable proteins, a new £50 million commercial ‘cluster’ for entrepreneurs and scientists working on protein innovation and annual £15 million grants for sustainable protein startups.

It also called for a 30% reduction in meat consumption over the next ten years. Alternative proteins were cited as meat substitutes that would help realise the government’s “health, climate and nature commitments”, while still preserving freedom of choice when it comes to diets.

Right now, the UK has a unique opportunity to position itself as a world leader in food tech. That’s why alternative proteins should be part of our Catapult network that is already accelerating the development of hydrogen fuel cells and robotic off-shore wind technology.

The UK must also look at regulation – to ensure there is a clear, efficient approval process for new products that guarantees food safety. This will further cement the UK’s reputation as a global scientific superpower and a leader on climate. Accepting the National Food Strategy’s recommendations will signal to UK innovators that, just as we have led the way on R&D of clean energy and life sciences, we are ready and willing to pave the way on protein too.

There’s an appetite for change in UK food, and it’s time to cater to it before it’s too late.