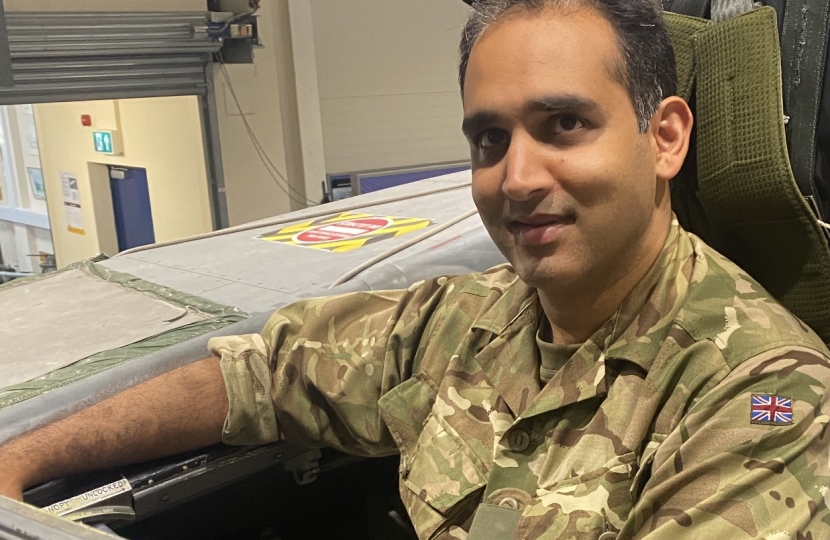 Lord Sarfraz has been selected to join the Armed Forces Parliamentary Scheme 2021-2022.

The aim of the Armed Forces Parliamentary Scheme is to give Members of the House of Commons and House of Lords an insight into military life that would not otherwise be available to them. It is then hoped that they will be able to make a more informed and useful contribution to defence issues in their respective Houses.

Lord Sarfraz will be spending the year with the Royal Navy.

From 15-17 September 2021, 22 MPs and Peers attended the annual Introduction to Defence course at the Defence Academy of the United Kingdom.

Defence policy, capability and acquisition, crisis response and strategic engagement were on the agenda across the two-days. This year’s cohort attended a series of lectures delivered by senior representatives of the Ministry of Defence, UK Strategic Command, the Defence Academy’s academic partner King’s College London, and each of the single Services.