Lord Sarfraz article: 10 things I learnt from one of the world's greatest technology investors 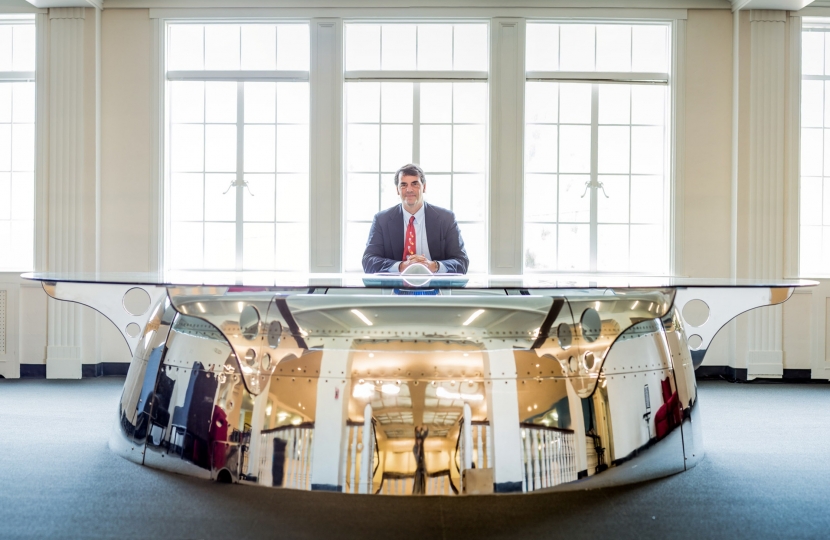 Last week, Robinhood, a technology company founded 8 years ago to make stock investing easier, went public at a valuation in excess of $30 billion.  Today, it is trading at a valuation over $58 billion.

On the day of its IPO, Robinhood's first investor, venture capitalist Tim Draper, made approximately 1000x his original investment.  The company's co-founder and CEO, Baiju Bhatt, said in an interview in 2018, that when starting the company, he went up and down Silicon Valley pitching to venture capitalists.  Nobody was prepared to invest, saying the idea of a free and easy-to-use stock trading app was "crazy".  The investor that gave them the break they desperately needed was Tim Draper.

I have been fortunate to work with Tim in various capacities for many years, and am a Venture Partner in his firm, Draper Associates. So I took a moment to reflect - what is Tim's secret sauce?  And what are 10 things we can learn from him?

This is probably Tim's most important attribute.  Despite being incredibly successful, Tim is humble and down to earth. There is no flashy lifestyle, no super cars, no parties on yachts, no booze or cigars - in fact, he is the most grounded billionaire I have ever come across.

It's the little actions he takes every day which people remember most.  When he receives a present, he will put it in a box in his office for any colleague to take. He will always take time to send personal thank you notes.  In the Silicon Valley, where most people where jeans and a t shirt, Tim will wear a suit, every day (including during lock down), to show respect to the (of dozens) of entrepreneurs he meets in a day.

Even if he doesn't invest in a company, he will never be dismissive of an entrepreneur, or their idea.

Tim is available to listen to entrepreneurs - not because he needs to, but because he thrives on hearing their stories.  He receives thousands of emails, and takes the time to personally read and respond to as many as possible.  Others might have staff respond, or ignore cold emails altogether, but dozens of people have been funded by Tim by just reaching out to him or chatting with him after an event. The connection he develops with young entrepreneurs often makes a lasting mark on them, whether he invests or not.

Tim will simply never screw anyone (ever), or be unreasonable, or play the “one up” game - though he could easily do so. He is intensely loyal to those he invests in. I once asked him to fill out a disclosure form for a public market filing and was surprised that despite having such a large portfolio, in one of the most litigious countries in the world, Tim had no disputes, no cases, no litigation.

Like in Robinhood, when others say "no", Tim says "yes" to ideas that others might write off immediately.  He also gives people a second (or third) chance, even when they have failed (with his money) before.  As such, entrepreneurs feel they have a sense of responsibility to him, beyond legal contracts.

Tim has a university, accelerator, incubator, co-working space, a book, a TV show, and more.  Wherever he goes, he seeks to spread the word - and the message is consistent whether he is talking to a head of state or a high-school student.

When a new technology sector has become a "buzzword", it is unlikely that Tim is investing in it.  He would begin investing years prior.  Though he is in his 60's, he keeps up with technology trends that appeal to those 45 years younger than him.  The same applied to geographies - he was the first venture capitalist to invest in India, and has established the first venture capital funds in dozens of cities across the world.

When he founded the firm, Draper Fisher Jurvetson, its logo was the planet with a triangle (delta sign) around it, to mean "change the world".

Tim has a principle in negotiations with entrepreneurs - he always lets the other party "win".  He makes quick and thoughtful decisions, by maintaining a flat organisation.  He gets into opportunities early, and even as the industry has moved to bigger cheques and round sizes, he has maintained discipline in his strategy.  He doesn't poke holes in business plans, and focuses on what might happen if a company succeeds, instead of all the things that might make it fail.

When picking a company, he asks the question: "How great could it be for society, for a customer, for the people of some region?"

When Tim bought 29,657 bitcoin valued at around $20m at a US Marshal Service Auction in 2014, people thought he was crazy.  Those are worth well over $1 billion at today's price.  Throughout, his belief in digital currencies has been absolutely consistent, and his message has not changed - digital currencies are the future of money.  In fact, he was thinking about digital currencies almost 20 years ago...

Tim is one of the most enthusiastic and energetic people you can come across.  An hour spent with him can be life changing for an entrepreneur.  It's not just his enthusiasm which is infectious, it is his success as well.

10.  He enjoys it tremendously

I have seen Tim burst into song at keynote speeches, break into dance at a Nasdaq bell ringing ceremony, and sit in ice baths with entrepreneurs to help build their endurance.

I could go on, but clearly, Tim's investing success is not down to just luck.  It is a methodology which has resulted in companies like Skype, Tesla, Hotmail, Baidu, Twitch, Cruise, Coinbase, and hundreds of others to flourish.  Many of the technologies we take for granted today wouldn't be around if Tim Draper hadn't taken a punt on them.