Lord Sarfraz Article : The Fight For Democracy Means A Plan B For Libya 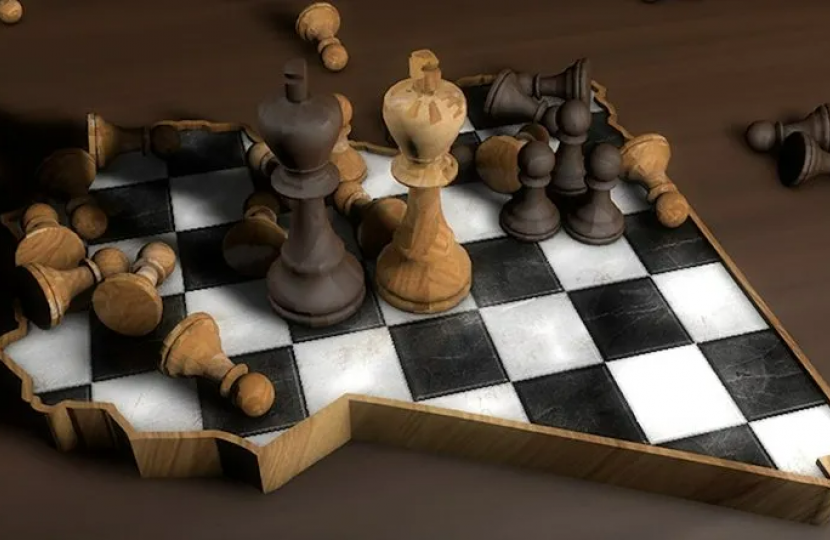 In Ukraine, the West has received a much overdue wake-up call and is kicking its foreign policy back into gear. The fight for Ukraine is a microcosm of a larger fight, for our own security and for a rules-based international order that has an unrivalled track record in creating peace, stability and prosperity. The stakes have never been higher.

But as the fight for Ukraine rages on, we must not forget that the fight for our security and our values is also being waged elsewhere close to home: in the MENA region.

The last twenty years have given the residents of the MENA region many reasons to believe that Western intervention has damaged, not improved lives. While the West’s interventions have taken place with noble intentions, the implementation has been badly flawed. These failures have opened the door to our geopolitical competitors– not least among them Russia– but have also put into question the very relevance and applicability of democracy and liberal values.

Two weeks ago, I was honoured to host the launch of a seminal paper by the Cambridge Middle East and North Africa Forum. Their project, “Plan B for a Democratic Libya? The Restoration of the 1951 Constitution and the Constitutional Monarchy”, offers a glimmer of hope for a democratic Libya.

The eyes of the world are fixed on Ukraine, but Ukraine is at the forefront of a much bigger geopolitical competition with Russia. Libyans have long known this – The Wagner Group, a Russian mercenary organisation directly linked to the Kremlin, first hit headlines in Ukraine in 2014. Since then, it has been involved militarily across Africa, in Syria, and in Libya as a tool to spread Russian influence. In Libya, the Wagner Group has been linked to war crimes, while the Russian military has even dispatched fighter aircraft to try and expand Russian influence on the ground. That influence in Libya is immediately dangerous to the West.

Today, Libya is an unstable country, with two self-proclaimed Prime Ministers claiming legitimate power and bands of militias exercising actual power. For that reason, Russia sees Libya as an easy opportunity to gain low-cost leverage over the West. Russia has weaponised migration to try and destabilise Europe. Home to 600,000 migrants, Libya is an ideal launch pad from which to do so. Russia has also toyed with placing advanced anti-air and anti-ship missiles in Libya. If deployed in Libya for the long-term, these weapons would immediately endanger NATO’s security in the Mediterranean and would give Russia more leverage on the southern flank of our alliance. As tensions with Russia rise, the urgency of handling the Libyan Crisis has only grown.

The paper makes a compelling argument for the failure of “Plan A” but the prospect of a “Plan B” that is apt to the Libyan context. It argues that reinstating Libya’s pre-Gaddafi constitution – perhaps the earliest success of the United Nations in creating a new country– offers Libya a way out of civil strife. Before Gaddafi, Libya was a constitutional monarchy, with votes for men and women over the age of 21, freedom of the press, minority rights, and an independent judiciary. Rewinding to that starting point offers Libya a window for stability and a ready-made institutional framework, from which Libya can decide its own path.

The plan is based on Libya’s last similar crisis: the run-up to Libyan independence, between 1947 and 1951. It also contains several excellent examples from history of where a monarch was used as the glue to put a broken society back together again: France, Spain, Cambodia, and of course, England. It makes a lot of sense, and deserves to be taken seriously.

As Ukrainians bravely fight for their democracy, we should consider how to bolster the cause of democracy around the world.  A new approach by the West to the Libyan crisis could help restore democracy’s reputation in large parts of the MENA region.