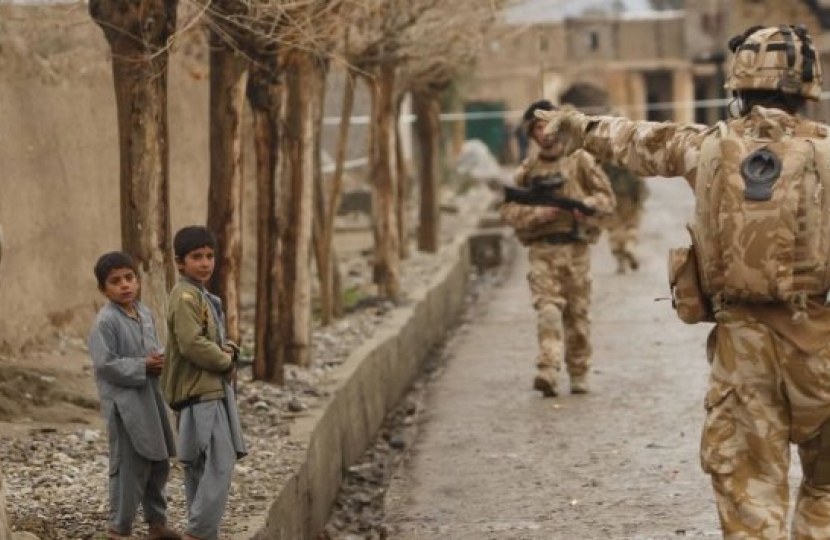 In every instance, “radical Westernism” has led to complete failure, contributing to the triumph of autocracy over liberty and diminishing the influence and security of the West.

Despite trillions of dollars spent and hundreds of thousands of lives lost in the last twenty years of engagement, Western foreign policy in the Middle East has left a trail of failed states in its wake.

Heartrending images from Afghanistan have brought that failure to front-pages. The common cause of failure, in Afghanistan, Iraq, Libya or elsewhere, has been to insist on adopting the western political paradigm as the nation-building mechanism.

The West and western-influenced institutions have supported western-sounding, often western-educated political leaders, pushing them to hold western-style elections in order to realise western political paradigms, with the help of Western money and guns. In every instance, this “radical Westernism” has led to complete failure, contributing to the triumph of autocracy over liberty and diminishing the influence and security of the West.

Pundits are often in the habit of dismissing these disasters as the inevitable products of centuries-long ethnic and sectarian conflicts. But in decades past, these countries experienced periods of stability, prosperity, and national unity, marked by the strengthening of civil society embodying universal values. What went right in better times?

In the halcyon days of Iraq, Libya, and Afghanistan, it was a focus on strengthening each country’s national ethos that was the “secret sauce”. It allowed for political frameworks to be founded upon local culture, national history, revered symbols, and familiar ideas. Solutions were reached through familiar political processes, all based on the trademarks of a distinctive national identity or cause that glued together countries otherwise factionalised along tribal, ethnic, sectarian, religious, and other dividing lines. The recent history of Afghanistan and Libya demonstrates this point.

In Afghanistan, Mohammed Zahir Shah presided over a functioning nation-state built around the country’s unique history and customs. Despite a long history of tribal infighting, Zahir Shah managed to create national institutions which strengthened the country’s national identity, allowing Afghans to articulate a national identity alongside their own ethnic, tribal, and sectarian ones. But the constitutional monarchy could not survive the Cold War, and in 1973, a Soviet-backed coup ended Afghanistan’s decade-long experiment with democracy. The Soviet war machine arrived in 1979, and the rest is history.

In Libya, more than 140 tribes and three historically distinct regions used the traditional process of bay’ah to pledge allegiance to Sayyid Idris al-Senussi. In December 1951, Idris became the King of the United Kingdom of Libya. The 1951 Libyan constitution offered expansive political and social freedoms, many of which would not have been out of place in Western Europe. Many Libyans still regard the years between 1951 and 1969 as Libya’s “golden age,” and one of the limited windows in which an organic idea of “Libyanness” was developed. This, too, was derailed, this time by the pan-Arabist frenzy of the 1950s and 1960s. This movement brought Muammar Gadhaffi to power in 1969; once again, the rest is history.

In Afghanistan and Libya, and elsewhere across the region, periods of success were focused on attempts to build the foundations of a national identity. The West has largely ignored the importance of this component of state-building, instead opting to mould nations in the West’s own image. Perhaps the most prominent example of this mistake is the 2002 decision by the USA to veto an attempt by Afghanistan’s loya jirga tribal assembly to restore Zahir Shah to the throne, depriving Afghan politics of a possible independent arbiter. One wonders how things could have turned out differently, had the examples of history been heeded.

If Western foreign policy is to succeed in the long-term, it needs to replace the systemic impediment of radical Westernism with a pivot to national identity. This is an alternative vision of politics that focuses on history and national unity rather than projection and hopeless mimetic theories.

Lord Sarfraz is a Conservative peer.

Lord Sarfraz : Tribute to Her Late Majesty The Queen